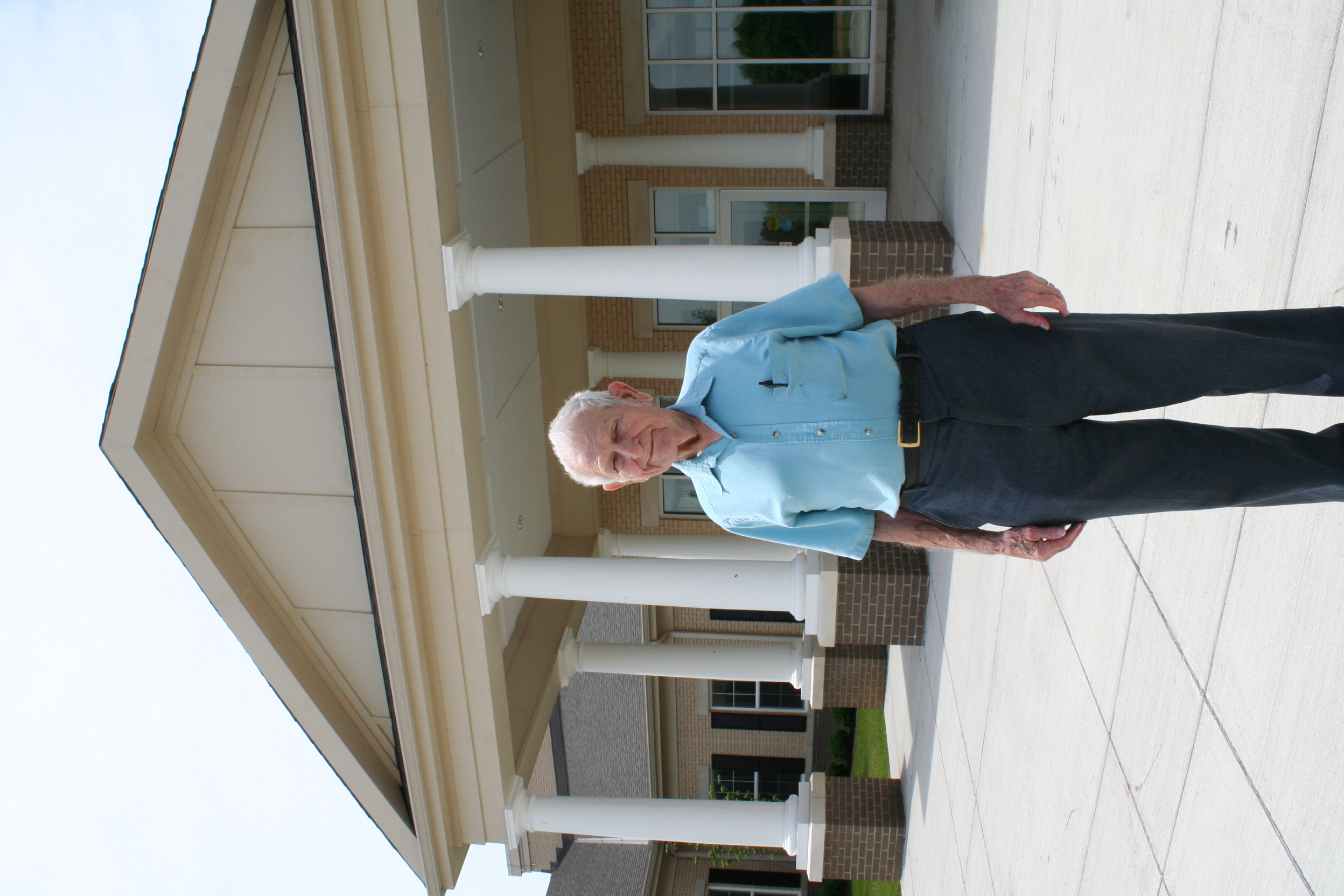 When Wilbur Crick's childhood was interrupted by tragedy, his mother turned to KyUMH for help. There, he received the love, support and encouragement he needed to begin his amazing journey through life.

March 9, 1918: Wilbur was the fourth of eight children born into a farming family. His father and mother worked the 350-acre family farm, yielding crops for food and income. However, in 1926, when Wilbur was eight years old, his father tragically died of tuberculosis. Realizing she would not be able to continue working the farm and secure the income needed to support her children, Wilbur’s mother turned to KyUMH for help.

The original Methodist Orphans’ Home, at the time located in Louisville, accepted the children. Their mother moved nearby and visited often.

Wilbur recalls, “The Louisville home was a big residential building with a large playroom for the younger kids. The girls lived on the third floor and the boys on the second floor.” There were large donations of food. “People would bring food by the barrels. We had plenty to eat. Sometimes I was introduced to things like grapefruit. I had never seen anything like grapefruits.” He also remembers a staff member comforting him when he cried over missing his father and encouraging him to look to the future and make himself happy again.

“When we went from Louisville to the campus in Versailles, the older kids moved first to ready the campus for the rest of our residents. We were excited to move from the urban setting to a farm environment, we just loved the country better.” When it opened in 1931, the Versailles campus was a working farm with cows, horses, pigs and chickens. “We all had chores to do. We milked cows and cut hay. We had fresh foods and a lot of canned vegetables and jellies.” Wilbur remembers the love and kindness he received at KyUMH and from the community. “The folks at the Versailles Methodist Church greeted us with excitement. All the kids treated us good, there was no stigma to being in the orphans home. They accepted us as their own kids.” Wilbur was an excellent student in school and remembers the Versailles staff talking about sending him to college one day. However, in 1933 when Wilbur was 15 years old, his older brother convinced him to run away to find work.

The boys left the home, “rode the rails” and eventually found themselves in eastern Kentucky working with the Civilian Conservation Corp building roads through the mountains. After a year, the boys hopped a few more trains and worked various jobs until 1935 when Wilbur enlisted in the Army. He was in basic training at Fort Benjamin Harrison, Indiana before being stationed in the Philippines where he remained until his enlistment ended in 1940. Upon returning to the States, Wilbur found work at the New York World’s Fair for a year. In 1941, he was working construction in Detroit when the course of his life changed again on December 7th. The day after the attack on Pearl Harbor, Wilbur re-enlisted and was sent to airplane mechanics school in Illinois where he achieved the top score in his class on the final mechanics exam. He was stationed at the US airbase in North Africa with the Army Air Corp and repaired P-47 fighter planes through the end of the war. He remained in the Army Air Corp, transitioned to the newly formed US Air Force and served at air bases throughout Europe until his retirement as Master Sergeant in 1968. Wilbur returned to Louisville with his wife and five children where he worked in security at the Army Depot. During this time, he went back to school and obtained an associate degree from Jefferson Community College at age 60.

Recently, Wilbur visited the new Nicholasville Campus with his grown children. “I have fond memories of my time at both the Louisville and Versailles campuses", Wilbur said. “If it wasn’t for that place, I don’t know what would have happened to us.” He is very grateful for the love and support he received during his time at KyUMH where he learned many valuable life lessons. He said the key to his longevity is to “be positive and optimistic and let your focus be on the good in others, not their weaknesses.” His children said there was always laughter and joking in their home. Their dad always found the good even in bad circumstances and he has been a blessing to them and many others throughout his life.